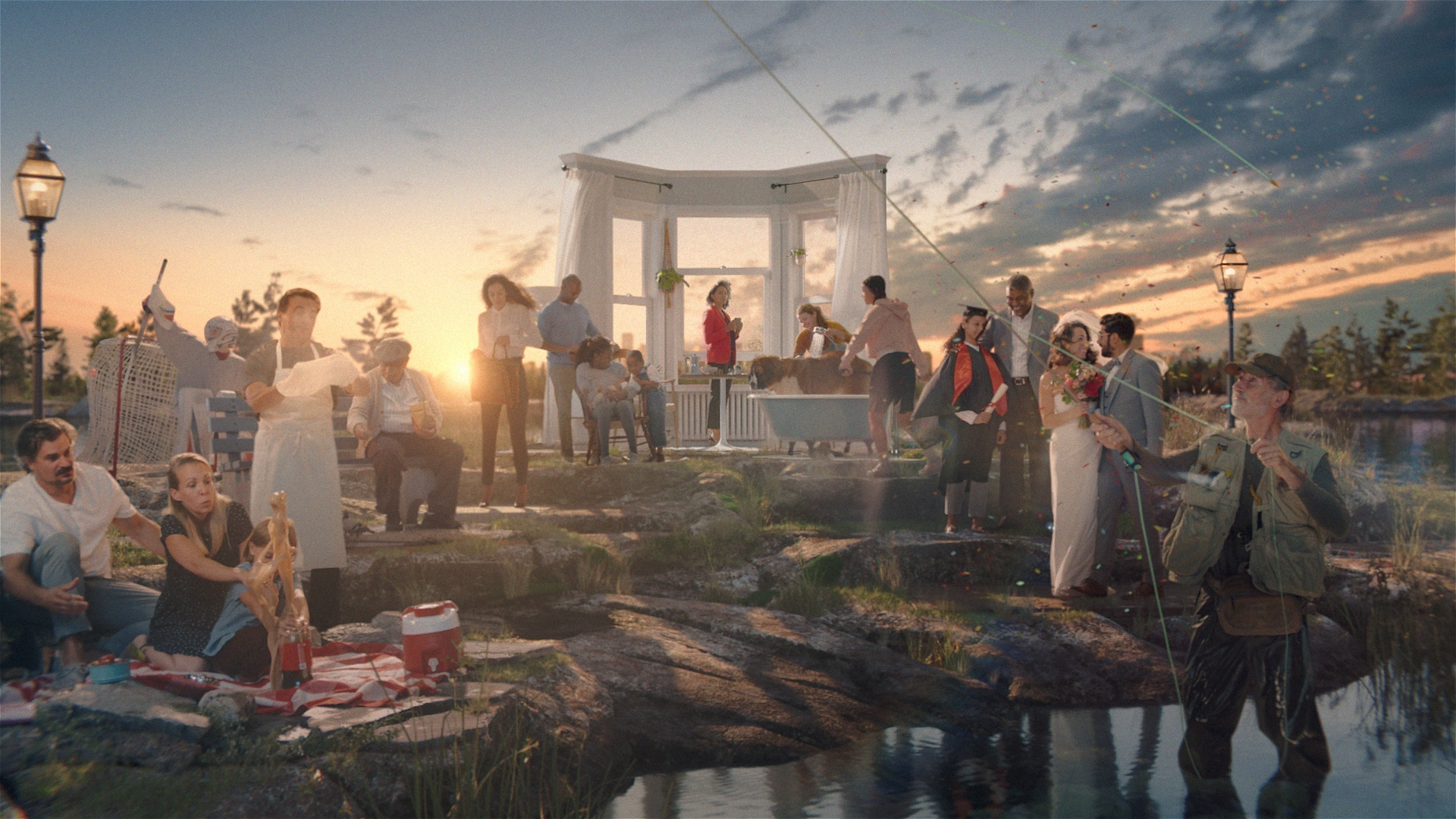 By Petra KobayashiNovember 24, 2020No Comments

The Vanity is a collective of visual effects artists, colorists, and motion designers. They work alongside imaginative people to create extraordinary visual effects and motion graphics. This project was a commercial for insurance and financial services company Canada Life. We spoke with Senior Flame Artist Sean Cochrane and CG Supervisor Josh Clifton about their work on the commercial.

Tell us about the initial goals for this project?

The client was looking to create a photorealistic environment that would feel like the Canadian Shield. It was needed to have a city in the background and water in the front. They initially wanted to build practical sets with rocks and shrubs and use green screens for the backgrounds, so there was some reluctance when we suggested creating the environment in CG. For example, a fisherman was meant to stand knee deep in water at the front of the tableau with several other characters behind, such as a dog being washed, a lady running and a family with a baby. All of the characters would have to be shot separately. The client required a tight turnaround, as the spot had to be completed within a month of shooting. Creating it all in CG came up at the last minute.

What challenges did you face and what were your top requirements?

Other than creating the environment itself, some of the challenges we faced involved the creative and technical issues on set. Maya was used for pre-visualization to reveal the characters and their placement in space. We came up with guidelines for the on set designer on how to lay out the props.

The Bolt High-Speed Camera rig was set up on a 50ft long track. We had to figure out how close the actors can get to the track. For example, the lady running was a stunt actress, as she had to jump across the track. We shot modified 2K on the Phantom. The sled for the motion control rig was shaken slightly by the arm, which meant that each shot had a different shaking motion that was hard to match. In the end, we had to do the stabilization and track everything in Flame using the hero move with the lady drinking coffee. Getting each person to stand firmly on the CG environment was also done in Flame. 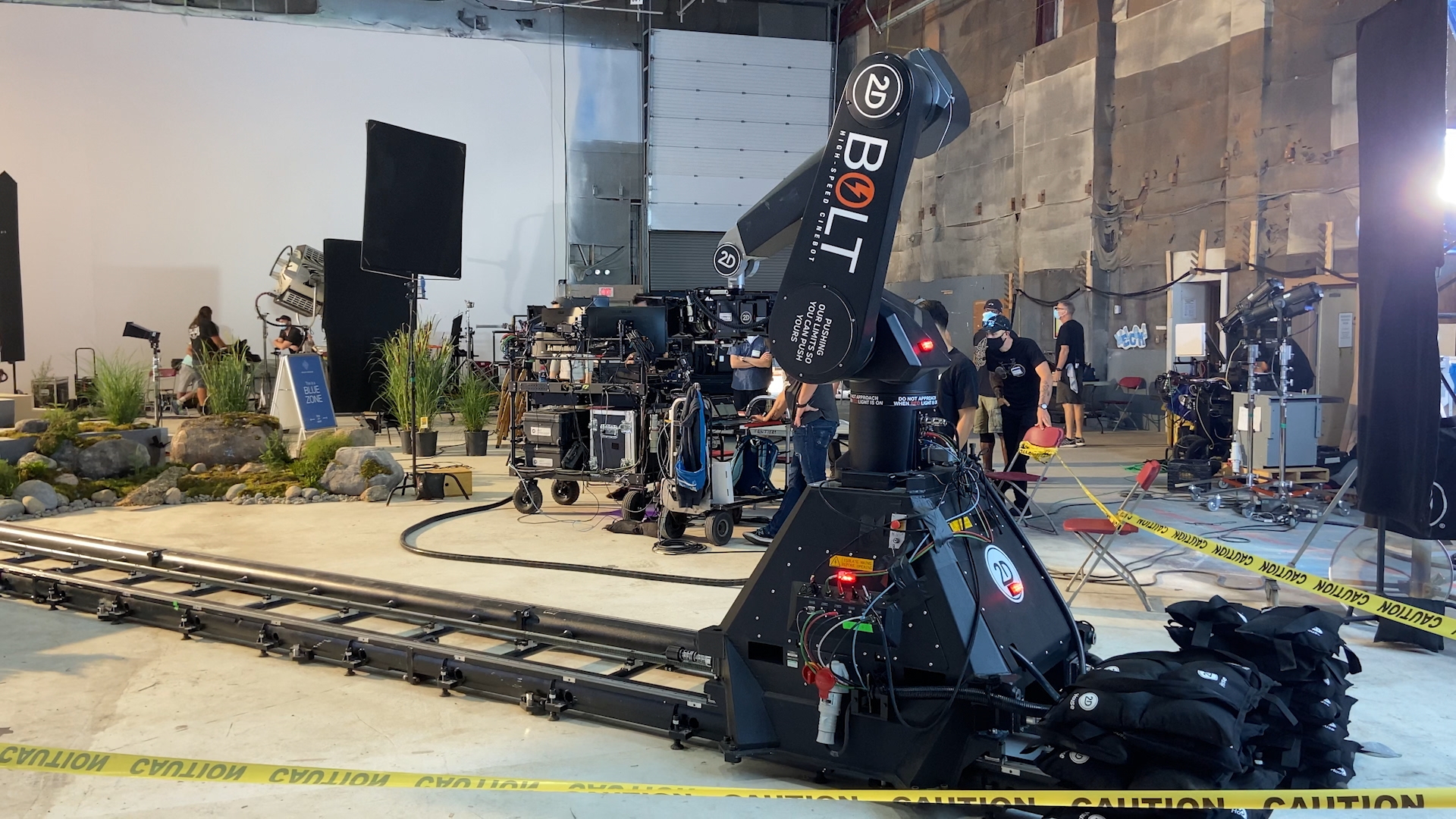 All in all there were 20 different passes, each with 1,000 frames, which meant 20,000 frames of footage! There was a lot of rotoscoping and some in slow motion, such as the dog shaking off water, which involved some green screen, and also the woman’s hair.

Another challenge was the shadows. Josh Clifton put in flat proxies from stills of the actors. Then we replaced those with the rotoscoped shots, which were taken into Maya. Once imported into Flame, they already had the shadows applied. Because we were involved right from the start we could plan these things ahead.

We also had an enormous batch script. The final output required was one 60s, one 30s and two 15s spots, as well as various social media versions, which meant a lot of rendering to set up. The social versions were isolated one-person moments. All this was created in Flame.

”I have no idea how we could have done all those versions and frames without Flame. We’re always pushing the software to its limit.

What software was used for the project?

A lot of the sculpting was done in Zbrush, then we did the assembly and lighting in Maya. Because of the Bolt camera rig tracking shots we had some limitations in terms of speed, but we figured it out by lining it up and setting up keyframes in Maya. For rendering and things with a lot of geometry we used Arnold, and we rendered 14,000 frames in the cloud!

Up until the delivery we were still tweaking all the grass and other details. A lot of the vegetation was done in MASH in Maya, which works well with Arnold. We also rendered out some plants in Maya to use in Flame for the client’s final requests.

”Maya was our last stop where we tied everything together in the end. 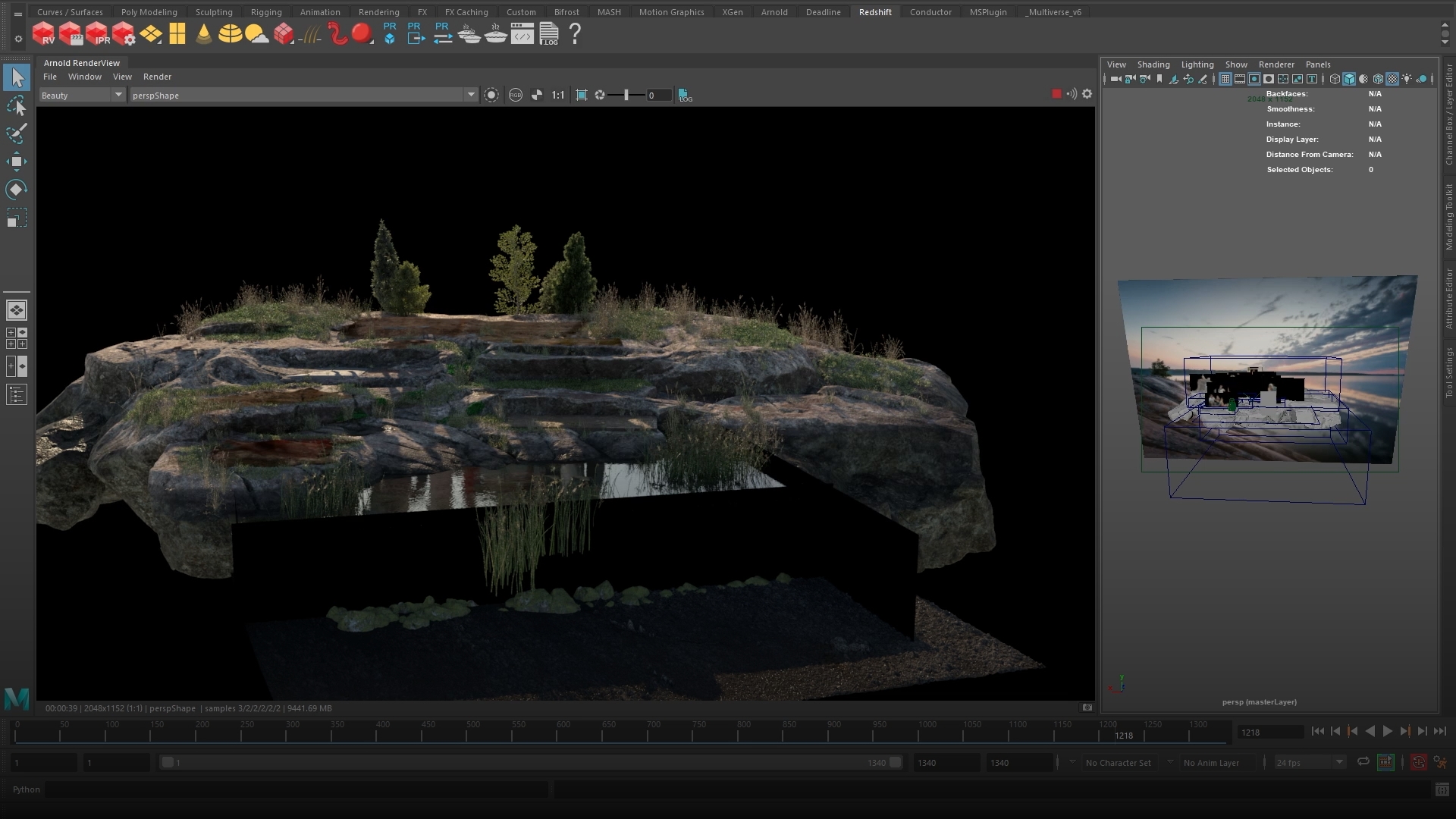 Flame was used for finishing and tracking and versioning. The color correction was done at the end, with a general grade in Flame first. We piped out every single element with a matte. The final color grading for each separate element was done at Alter Ego.

What was the final solution that made the project a success?

The final solution that made the project a success was creating the Canadian Shield environment entirely in CG, being there from the beginning to plan ahead and lots of communication between the CG and VFX departments.

How would you describe the business outcomes?

We have a really good relationship with the client and they trusted in the process and in us. They really loved the end product. We didn’t even have much client feedback in the end, which is unusual. This was one of the first big jobs we had during the Covid-19 pandemic, so we were excited to see how well it worked out, despite all the social distancing in place and remote requirements.

It was a fun spot to work on. With a small CG department, the scope of it becomes bigger. We have come to a point where three people in a month can create an entire CG environment like this. It opens up so many possibilities for this type of work that may have previously been out of budget. At The Vanity we are always coming up with new ideas and new ways of doing things. I feel lucky that we can constantly adapt to the changes, says Josh.

What services did CineSys provide?

The Vanity has counted on CineSys to provide Autodesk software, support, and hardware integration for many years.