Capturing the spirit of the World Cup

JAMM is an independently owned, artist-driven visual effects studio known for delivering exceptional creative. The studio offers a powerful combination of innovative artistry and advanced technology, collaborating on complex productions that come to life with 2D and 3D visuals, and precise color finishing. Over the years, the team’s work has earned notable industry accolades, including the Grand Prix (Cannes Film Festival), VES Awards, Emmy Awards, and many more.

Most recently, the team worked on an ad promoting the US men’s national team at the FIFA World Cup Qatar 2022 on a tight deadline. We asked Patrick Munoz, VFX Supervisor and Lead Flame Artist at JAMM, about the process and how they used Autodesk Flame and Maya to overcome the challenges.

Can you give us a brief overview of the project?

The commercial was for FOX Sports. It was a campaign to promote the US men’s national team at the World Cup.

What were the initial challenges that you faced?

There was a very short turnaround. First we shot the players on an empty field in Austin, Texas, and then we had to create the background objects, including the stadium and crowd. There was not enough time to have the numbers printed on the player’s jerseys in the commercial, so we had to add those via Autodesk Flame.

We had a 2 week schedule for this project with 6-7 stadium shots, along with basic cleanup and outdoor snow and North Pole comps. And, we had to make the stadium scenes look like Qatar.

What was the solution and what software did you use?

We used Autodesk Flame and Maya. For the jersey numbers and names, we used motion vector tracking to stick the graphics to the flowing fabric. We also used camera projections for smoke, atmosphere and confetti.

CineSys provided Autodesk Flame and Sapphire by Boris FX. They also set us up with Flame workstations for the extra artists that we brought in.

How would you describe the final outcomes of the project?

What made the project unique and impactful was the fast turnaround for comp completion and the vision of a digital stadium and background. The clients were very pleased with the project and you can see the commercial everywhere with the World Cup games happening right now.

”We had to create the energy and capture the spirit of the World Cup before it even happened. 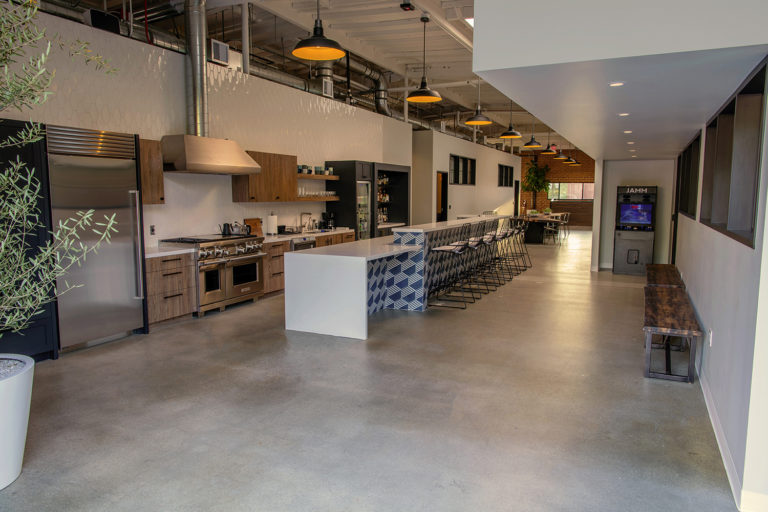